A Part D plan is an insurance plan that only gives you coverage for your prescriptions and can come from different private companies such as Aetna or Humana.

Since Part D plans come from private organizations, the monthly premium will vary depending on which company provides the plan. Additionally, each program will offer different levels of coverage and benefits.

Part D Plans with the Lowest Premium in Ohio

The Aetna Part D plan has the lowest monthly premium at $7.10 per month; however, it has a deductible of $480.

On the other hand, Humana has the same deductible of $480 but has a higher monthly premium of $22.70 per month. However, it’s crucial to note that the Humana plan has a higher star rating, indicating a greater effectiveness rating.

The second-lowest premium on the list of Ohio Medicare Part D plans is Wellcare, which has a low monthly premium of $12.90 and a $480 deductible.

Part D Plans with a Zero-Dollar Deductible in Ohio

Wellcare offers a zero-dollar deductible plan for a monthly premium of $68.90.

Anthem BCBS has a higher monthly premium of $80.40; however, its star rating is four out of five.

Another excellent plan is Aetna, which has a monthly premium of $75.20, gap coverage, and no deductible.

The coverage gap, or “donut hole,” refers to the Medicare phase where a beneficiary is responsible for paying a part or percentage of their prescriptions. Plans that offer gap coverage can help by covering the cost of drugs in a specific tier.

Cigna is another reputable company that offers Ohio beneficiaries a Part D plan with a $53 monthly premium and a $100 deductible.

Part D Plans with a Low-Income Subsidy in Ohio

Wellcare has the lowest monthly premium for a plan with LIS at $28.80 and a deductible of $480.

Part D of Medicare has four phases: deductible, initial coverage, coverage gap or “donut hole,” and catastrophic. Each phase offers a different level of drug coverage. The chart below shows how many Ohio beneficiaries fall into each phase of Medicare.

We’ve completed charts for a visual aid so you can see estimated Medigap premiums for the following cities:

Can You Buy Medicare Part D by Itself in Ohio?

Yes, you can buy a stand-alone Medicare Part D plan. However, you must have Original Medicare (Parts A and B) to qualify for a Part D plan.

How Often Are You Evaluated for Medicare Part D Extra Help in Ohio?

Ohio residents automatically qualify for Extra Help if they enroll in Medicaid, a Medicare Savings Program, or Supplemental Security Income. Otherwise, you may be eligible for Extra Help if your monthly income is equal to or less than $1,719 if you’re single and $2,309 for couples.

What Is the Most Popular Medicare Part D Plan in Ohio?

UnitedHealthcare AARP is Ohio’s most popular Part D plan. UHC’s plan is the most popular based on its high star rating (3.9 out of five) and overall coverage.

What Is the Average Cost of a Medicare Part D Plan in Ohio?

The cost of Medicare Part D plans varies based on the company, area, and plan coverage. In Ohio, Part D plan monthly premiums range from $7.10 to $99.

Do I Need Medicare Part D If I Don’t Take Any Drugs in Ohio?

Ohio beneficiaries must enroll in Medicare Part D to avoid the late enrollment penalty. Even if you don’t take any prescription drugs, you could face a penalty for not enrolling when you first become eligible.

Instead of spending hours looking through hundreds of Ohio Medicare Part D plans, let us help. We work with the top carriers and can help you find the right prescription drug plan. Give us a call or fill out the online form to get rates now. 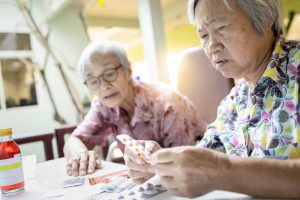 What Is Medicare Extra Help 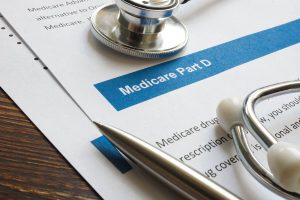 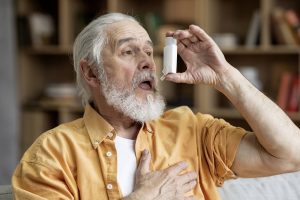