Wellcare has been offering Medicare plans for over 20 years with various product offerings. They service more than five million Medicare beneficiaries through their Medicare Advantage and Part D products. Wellcare is a subsidiary of Centene Corporation.

Wellcare primarily focuses on Medicare Advantage and Medicare Part D plans. They offer plans in all 50 states. Their plans are built with every Medicare beneficiary in mind.

This article will discuss Wellcare’s plan options and financial strength. Then, we’ll give a review and answer some frequently asked questions. Finally, we’ll cover enrolling in a Wellcare supplemental Medicare plan.

These plans are all-in-one options that usually include prescription coverage. These plans are required to cover everything that’s included in Original Medicare.

In addition, to covering the same benefits that Medicare offers, these plans usually offer additional coverage for benefits not included by Medicare.

These plans will vary depending on where you live, so make sure you review the summary of benefits to ensure the benefits you’re looking for are included.

Medicare Part D is the prescription portion of Medicare. You can only get Medicare prescription coverage through a stand-alone Part D or Medicare Advantage plan. If you choose not to enroll in drug coverage, you’ll be penalized later when you decide to enroll in one.

Wellcare offers three Part D plan options throughout the United States. They have one of the lowest premium Part D plans in the nation.

Medicare insurance companies are rated by AM Best, Moody’s, and Standard & Poors. These companies will evaluate their financial strength. Generally, companies with good financial ratings will pay claims quickly and have lower rate increases and premiums.

Wellcare is quickly becoming one of the top Medicare carriers in the market. Their plans have low copays and great benefits. They’re one of the few companies that will cover dental implants.

They even offer utility assistance in certain areas for their low-income clients. Customer service has been their Achilles heel in the past. However, they are starting to make strides in improving that area.

What is Wellcare Medicare?

Wellcare Medicare is supplemental Medicare plans that help fill in the gaps in coverage that Original Medicare leaves up to the beneficiary to pay in the form of cost-sharing.

In 2022 Wellcare’s Value Script Plan is about $12s in most states. They have the second-lowest monthly premium in the nation.

While coverage can vary from state to state, most Wellcare Medicare Advantage plans include strong dental coverage. In some areas, they also include dentures and dental implants.

What’s the difference between Wellcare and Medicare Advantage?

Are the Shingles shot covered by Wellcare Medicare plans?

Yes! Vaccinations are generally covered under Medicare Part D. They are covered as a Tier three prescription drug.

What is the prescription deductible for Wellcare Drug plans?

Wellcare has three prescription plans to choose from.

How to Enroll in a WellcareMedicare Plan?

Medicare can be a frustrating and confusing process. Fortunately, you can get help. We’re here to answer your questions, educate you, identify your needs and wants, and help guide you step by step.

Our licensed brokers specialize in Medicare and can assist you with every aspect. We pride ourselves on making things clear, quick, and easy. For more information, just give us a call, or fill out our online request form. 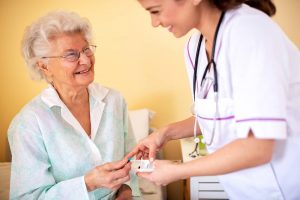 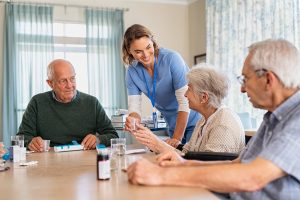 Medicare Advantage Part B Give Back Program Benefits 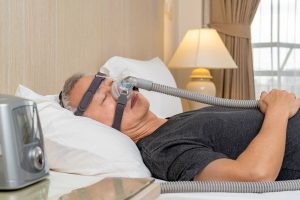