Nebraska Medicare Supplement plans provide additional coverage alongside Original Medicare. These plans are the same in every state and with every carrier as the government standardizes them.

However, you’ll pay different costs depending on your location and more.

Currently, Nebraska features 180,773 Medigap enrollees. Of all enrollees with Medigap, 59.1% also have a Fee-for-Service Medicare plan. This number is slightly higher than the surrounding states.

The following chart indicates the number of Nebraska enrollees in each plan.

What Are the Top Medigap Plans in Nebraska?

Many Nebraskans enroll in a Nebraska Medicare Supplement plan to save on their Medicare costs. The state’s top plan is Medigap Plan F. The plan’s 108,724 enrollees indicate this preference.

The next most in-demand plan is Medigap Plan G. There are 58,261 beneficiaries with this letter plan. It offers almost as much coverage as Plan F, explaining why many choose it.

Medigap Plan N is Nebraska’s third most popular letter plan. In the state, there are 5,055 enrollees receiving benefits.

The next alternative is Medigap Plan C, with 2,461. The state’s other letter plans have considerably fewer enrollees.

The following chart’s listed benefits stay the same in each state. Whether in Nebraska or New Jersey, you’ll receive the same coverage inclusions, but costs vary. This standardization makes it easy to move around the country and still receive your necessary coverage.

Private carriers consider many facets of your personal details and past coverage history to determine how much you’ll pay. Elements under consideration include:

Some Nebraska Medicare Supplement plans are significantly cheaper than others. The subsequent quotes are the lowest premiums 65-year-old Nebraskan females pay for Medigap.

Depending on your gender or age, your rates may be higher than others. The below rates are how much a man who’s 70 residing in Nebraska could pay.

In addition to top letter plans, there are also leading carriers in Nebraska, including SBLI, American Financial, Medico, Federal Life, and United States Fire. The numbers below are quotes based on an average 65-year-old female beneficiary in Nebraska.

SBLI offers reasonable rates for all plans, while the most expensive quote for a plan is $128 for Plan F from United States Fire. Nebraskans pay the lowest rates for Plan N regardless of carrier.

What is Medigap in Nebraska?

Medigap is additional insurance that private carriers provide to reduce the expenses not covered by Original Medicare. These supplemental plans bridge coverage gaps but don’t include additional benefits like Medicare Advantage does. In addition, Medigap plans do not offer prescription drug coverage.

Medigap policy payments go directly to the carrier, and each plan only covers individuals.

Which Medigap plan offers the most coverage in Nebraska?

The Nebraska Medicare Supplement plan offering the most coverage in the state is Plan F. This plan covers co-payments, co-insurance, extra charges, and more. It also covers the Part B deductible, which many other plans don’t cover.

There is a high-deductible Plan F option for Nebraskans that want Plan F’s benefits without the high monthly premium.

Can Medigap charge more for pre-existing conditions in Nebraska?

You have Guaranteed Issue Rights for Medigap policies. These protections prevent Medigap’s private carriers from charging you more for having a pre-existing condition, disability, or if you may have future health problems. You won’t pay extra for your health issues.

However, some plans handle pre-existing conditions differently than others.

Who qualifies for Medigap insurance in Nebraska?

Those qualifying for a Nebraska Medicare Supplement plan include those with Medicare Part A and B. You also must be 65 or older and live in the state where your plan applies.

While some states offer coverage for younger disabled people, Medigap in Nebraska does not apply to people with disabilities if they’re younger than 65. Additionally, you can’t have a Medicare Advantage plan and Medigap simultaneously.

When can you apply for Medigap in Nebraska?

You can apply for Medigap in Nebraska after you turn 65. It’s best to apply during your Initial Enrollment Period when you first enroll in Original Medicare.

Enrolling in a plan outside your Initial Enrollment Period is also possible, but keep in mind that this won’t protect you from coverage denials or higher charges.

You can enroll with the private carrier that offers the best plan for your coverage requirements.

How to Sign Up for Medicare Supplement/Medigap Plan in Nebraska

To sign up for Nebraska Medicare Supplement plans, you must enroll through a private carrier of your choice. If you’re unsure how to sign up, speak to the professionals from Medigap.com. We offer detailed, compassionate assistance as you search for a Medigap plan in Nebraska.

No matter your budget or health conditions, we make it easy. We can compare your area’s top carriers and plans to help you find the best option for your medical needs. Explain what you’re looking for to one of our professionals, and we’ll find you a plan that fits perfectly.

Our team can also explain the enrollment process. Contact us by phone and request our free plan comparison service, or fill out our quote form to get Nebraska Medicare Supplement rates today! 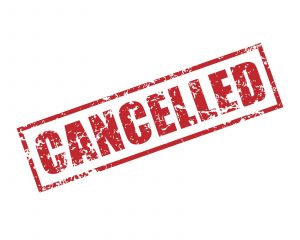 How to Cancel or Terminate Your Medicare Coverage 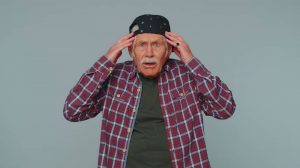 What is Surprise Billing with Medicare 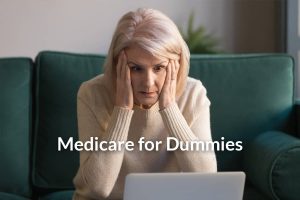