The total number of Nebraska Medicare Part D beneficiaries is 249,483. There are significantly more participants in an Original Medicare prescription drug plan, with 202,412 enrollees. The Medicare Advantage Prescription Drug Plan enrollee count is 50,966.

In the following sections, we’ll explain pricing for Medicare Part D plans with low premiums or a zero-dollar deductible in Nebraska. Read on to learn about prices for gap coverage plans and low-income subsidy options.

Part D Plans with the Lowest Premium in Nebraska

Patients choose Humana for its $22.70 premium and $480 drug deductible. The plan has an excellent four-star rating, but beneficiaries don’t receive gap coverage.

UnitedHealthcare provides a four-star plan for $29.30 monthly that includes gap coverage. Patients must pay a $310 deductible before the carrier begins their share of coverage.

Part D Plans with a Zero-dollar Deductible in Nebraska

Plans with higher premiums may offer a zero-dollar deductible, such as the following options.

Wellcare charges $68.90 per month for a zero-dollar drug deductible plan. The plan doesn’t include gap coverage despite having a reasonable three-star rating.

Many choose MedicareBlue Rx for its $116.10 monthly premium and no drug deductible. The plan offers four-star performance with additional gap coverage benefits.

A few Nebraska Medicare Part D policies assist those who enter the Coverage Gap Phase. UnitedHealthcare offers the most affordable option for $29.30 per month. Enrollees pay a $310 deductible for the four-star plan.

Cigna has a $52 monthly premium and a low $100 deductible. Its plan brings satisfactory results with three stars. Patients get gap coverage for some medications and low-cost copays.

Another UnitedHealthcare plan costs $97 monthly but has no deductible before coverage begins. The plan has a three-star rating. You’ll receive gap coverage and have low to no-cost copays.

Part D Plans with a Low-Income Subsidy in Nebraska

Nebraska also has plans for residents with especially low incomes. 42,534 Nebraska Medicare beneficiaries are eligible for Extra Help through a subsidized plan.

Wellcare’s low-income subsidy plan is $32.90 per month. Unfortunately, patients don’t get gap coverage and must pay a $480 deductible, However, the plan’s three stars indicate decent performance.

Aetna offers Nebraskans a plan for $34.80 with a $480 deductible. Patients get relatively decent satisfaction and can combine this plan with the Medicare Extra Help program to get additional benefits and lower healthcare costs.

The following chart indicates how many beneficiaries are currently in each coverage phase in Nebraska.

Otherwise, you risk a 1% premium increase for every month you went without coverage if you enroll in a Part D plan later. To avoid this late enrollment penalty, Nebraskans should sign up when they first become eligible for Original Medicare.

Do I have to purchase Medicare Part D in Nebraska?

You must buy Medicare Part D in Nebraska if you have Original Medicare and want prescription coverage. Part A and Part B offer no prescription benefits.

What happens if I don’t have Medicare Part D in Nebraska?

If you don’t have Medicare Part D, you’ll pay a late enrollment penalty if you eventually enroll. If you have Original Medicare, you may receive a late charge for going without prescription coverage for over 60 days after the Initial Enrollment Period closes.

Your penalty depends on how long you went without coverage and many other factors, like location.

How are Part D premiums determined in Nebraska?

Nebraska Medicare Part D’s premiums depend on your location and the carrier. In addition, higher-earning individuals may pay an extra cost if they make more than $88,000 yearly.

This cost, called the IRMAA, also applies to those with a Medicare Advantage plan that includes drug coverage.

Is there a penalty for not taking Part D when first eligible in Nebraska?

Yes, Medicare penalizes residents for refusing a Medicare Part D plan in Nebraska when first eligible. You’ll pay this extra amount the entire time you have a prescription drug plan.

Your late enrollment penalty depends on several factors, including the time spent without this insurance.

It’s easy to get help signing up for Nebraska Medicare Part D with our experts. We have the latest information on private carriers in the state. Choose us if you want to compare plans and get advice before enrollment.

We’re your friendly agents with years of experience assisting people like you with Part D signups. Whether you need an affordable plan or an option that includes gap coverage, we locate the best plan.

Call our agents today or quickly fill out our online rate form to connect with the best Nebraska rates. 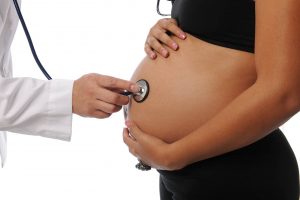 Does Medicare Pay for Pregnancy 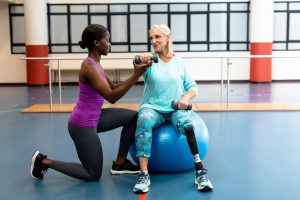 Conditions that May Cause a Medigap Denial in Coverage