Medicare Advantage plans are steadily increasing in popularity throughout the nation. The same holds true for Washington state. Some areas of the state have little access to Medicare Part C options, but these plans are starting to expand in new places.

In Washington’s major cities, 438,946 Medicare beneficiaries are enrolled in Part C options. That makes up about 36% of the people enrolled in Medicare throughout the biggest six cities in the state.

Medicare Part C plans work a little differently than Original Medicare. These plans will vary depending on where you live and your carrier plan. When enrolling in a Medicare Advantage plan, you essentially put your Traditional Medicare benefits on hold, and the new plan takes over your Medicare administration.

Many refer to these plans as all-in-one because most include drug coverage and additional benefits that Medicare doesn’t cover. They usually have little to no premium options and fixed payments for most services when using the plan. This all-in-one style coverage makes it easier to predict your cost than Original Medicare.

Cowlitz, Clark, Thurston, Spokane, and Whatcom counties have the largest concentration of Medicare Advantage plans in the state. These counties provide their Medicare residents with a minimum of 26 Medicare Part C options each.

The federal government doesn’t standardize Medicare Advantage plans. That means the costs and benefits of the plan will vary depending on where you live and which plan you choose. The information below is based on one zip code in Washington, and your available plans may be slightly different.

We’re going to cover the Washington Medicare Advantage plans with a zero-dollar premium, Then a few that don’t require a deductible. Next, we’ll discuss plans with a 5-star rating. Finally, we’ll review plans to lower your Medicare Part B costs and answer some frequently asked questions.

Medicare Advantage Plans with a Zero Dollar Premium in Washington

Zero-dollar plans are becoming the norm when it comes to Medicare Advantage. Keep in mind that sometimes plans with a zero premium may increase your out-of-pocket costs when you use the benefits. Consult a licensed broker to ensure you choose a plan that fits your needs.

One of the largest Medicare insurers in the nation is Humana. Their Local PPO option has the lowest out-of-pocket maximum shown. Humana is known for great plans and fantastic customer service.

AARP endorses UnitedHealthcare. They are the biggest Medicare company in the US and have an HMO-POS with some out-of-network coverage. UnitedHealthcare offers plans across the entire spectrum of Medicare.

Premera Blue Cross is a great option as well. BCBS is a well-known company in the insurance space, so it’s no surprise to see them in the mix. Most people have been on a BCBS plan at some point.

Regarding drug coverage, Medicare Advantage plans must provide coverage as good or better than the Centers for Medicare & Medicaid Services approved standard model. This Model includes four phases that include a deductible. Some carriers have decided they won’t charge a deductible for prescription drugs.

CVS is a well-known pharmacy, and they are the parent company of Aetna. Unsurprisingly, they have a plan that doesn’t have a deductible. They see Medicare drug patients often and have plenty of data to determine what’s suitable for their enrollees.

Amerigroup is a smaller Medicare Advantage carrier with plans in only a few states. To compete with larger companies, they need to offer stellar benefits and provide services that beneficiaries will appreciate. Offering a plan without a drug deductible is a good step in the right direction.

Rounding out the list is one of the top Medicare plan providers. Wellcare, a Centene company, has solidified itself as one of the premier Medicare carriers. They have great benefits and creative additional plan extras that really help their plan members.

Medicare Advantage Plans with a 5-Star Rating in Washington

Medicare Advantage plans are rated with a one to a five-star rating system. It’s not easy to receive a top rating of 5-star, but two programs in Washington boast that rating. Five-star plans allow enrolling members outside of the typical enrollment periods. They are given a Special Enrollment Period that starts on December 8 and continues through October 14.

Kaiser Permanente is a common name in the state of Washington. They have a unique model of care that many beneficiaries appreciate. They have one of the tighter networks available, but their members enjoy the VIP service they receive.

Providence is a much smaller Medicare Advantage provider. They aren’t available nationwide, but they put their focus on the areas they serve. Their hard work in staying patient-centric has led them to a 5-star rating.

Medicare Advantage Plans with a Part B Reduction in Washington

Part B giveback plans have been the highlight of many Medicare plan advertisements. These plans can lower the amount you’re paying for Medicare Part B. These plans will vary in the amount that’s reduced depending on where you live and which carrier you choose. Remember, these plans may not be available in your area.

When it comes to giveback plans, Wellcare has the market in Washington. They have the two largest giveback options available in the state.

UnitedHealthcare has the second-largest giveback allowance. Even though their plan is new and not rated, we expect many residents of Washington to take advantage of this plan.

Aetna has a 4-star rated giveback plan. They come in third with a Part B reduction of $25 a month.

One of the largest allures of Medicare Advantage plans is their additional benefits and plan extras. These are benefits that Original Medicare doesn’t cover, and many programs offer these at no additional cost. Common plan extras include gym memberships, dental, vision, and hearing coverage. In addition, some plans provide healthy food cards to encourage their members to eat healthily. These benefits will vary depending on your location and the plan sponsor.

What Medicare Advantage plans are the highest rated in Washington?

A star rating system rates Medicare Advantage plans, with one star being the lowest rating, with five stars being the highest. Both Kaiser Permanente and Providence have 5-star rated plans in Washington.

Yes! Humana offers a variety of Medicare Advantage plans throughout the state of Washington. Their plan offerings include HMO and PPO options.

Which Medicare Advantage plan offers the largest giveback in Washington?

Wellcare actually has two plans with larger givebacks than the other carriers. They have plans with Part B reduction amounts of $60 and 55 dollars per month.

How to Get Help Enrolling in a Washington Medicare Advantage Plan

Medicare Advantage plans come in all shapes and options. From zero-premium plans to Part b reductions. It’s challenging to figure out which plan truly fits your needs. Fortunately, you’re not alone. We’re here to assist you with your Medicare options.

We can help you review your drugs and doctors and look for the plan that fits your needs and wants. Our licensed agents work with all the carriers and can help guide you through this challenging process. Give us a call, or fill out our online request form for expert assistance. 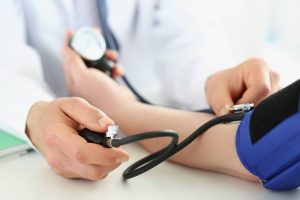 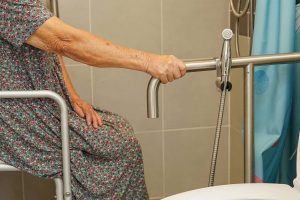 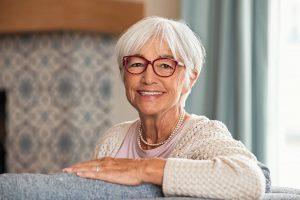