PNorth Carolina has no shortage of Medicare options for its residents. Out of 1,448,302 Medicare beneficiaries in the state, 811,388 receive their drug coverage from stand-alone Part D drug plans. The majority of the remaining Medicare members use a Medicare Advantage plan. There are 688,499 North Carolinians enrolled in a Part C plan.

This part of Medicare consists of four phases for drug coverage. The four phases are deductible, initial, coverage gap, and catastrophic. Part D is used for drugs you receive from the pharmacy,

We’ll discuss the North Carolina drug plan options with the lowest premiums and no deductibles. Next, we’ll talk about the drug plans that have coverage throughout the coverage gap.

Following that, we’ll cover plan adjustments for people with Low-Income Subsidies. Finally, we’ll discuss how many people fall into the different drug phases and how to enroll in a Part D drug plan.

Part D Plans with the Lowest Premium in North Carolina

Aetna has one of the cheapest drug plans in the Nation with their SilverScript brand, which comes in at seven dollars in NC. Aetna is part of CVS, which gives them financial strength and insight to continue being a force in the Medicare drug plan market.

Centene-owned Wellcare is solidifying its place in Medicare. With the second-lowest monthly premium for their drug plan, they continue to improve their plans yearly.

Clear Spring is relatively new to the Medicare drug plan market. They have only been in the space for a few years. They hit some rough patches early on, but their coverage is difficult to beat for select prescriptions.

Part D Plans with a Zero-Dollar Deductible in North Carolina

Regarding deductibles, the plans are all allowed to charge one. However, some plan options decided not to have a deductible.

It’s not a surprise that Aetna comes in on top. Aetna’s SilverScript drug plans have been one of the top plans for years.

Wellcare, as we mentioned earlier, is making strides to solidify itself as a top-tier Medicare option. Here is yet another example of them being in the top three.

UnitedHealthcare rounds out the top three. Backed by AARP, UHC has always been a staple in the Medicare market with Medicare Advantage, Medicare Supplement, and Medicare Part D drug plans.

The dreaded coverage gap is a nightmare for Medicare beneficiaries, also called the donut hole. You’re required to pay 25% of your prescription’s cost. Fortunately, many beneficiaries don’t fall into this donut hole.

UnitedHealthcare has a few options in the top five that will give some reprieve in the donut hole. UHC’s clients love how UHC helps with questions and them through the claims process if there is ever an issue.

Aetna’s SilverScript again comes in strong with an option that protects the coverage gap.

Rounding out the top three is Cigna. Cigna is one of the oldest insurers in the Nation, and they’re staples in the Medicare Marketplace and have multiple Medicare plan options.

Part D Plans with a Low-Income Subsidy in North Carolina

Low-Income Subsidy is a program that helps pay for Part D premiums, coinsurances, and copays. It’s also called Extra Help. The program is income-based and has multiple levels of assistance.

Clear Spring’s plan for $28.20 can lower to zero dollars if you qualify for certain levels of extra help.

Likewise, Aetna and Cigna have plans will reduce to a zero-dollar premium.

Keep in mind that depending on the level of extra help, you’re limited on how much you will pay to pick up your prescriptions.

As mentioned above, the Part D plans have four coverage phases. Below we will show how many people in North Carolina fell into those different phases. The coverage gap is the most well-known of the phases, otherwise known as the donut hole.

As you can see below, most North Carolinians stay in the deductible and initial coverage phases. This means less than half will ever see the coverage gap.

Having a visual representation of the numbers associated with the cost of Medicare Supplement plans in North Carolina can be helpful when making a decision. Here are charts for the below cities.:

Which insurance company has the cheapest drug plan in North Carolina?

Aetna has the cheapest drug plan in North Carolina. Their SilverScript plan is seven dollars.

How do I find the best Medicare Part D Drug plan in North Carolina?

There really isn’t a way to judge the best drug plan overall. The best plan for you could be different than for someone else. To find the right program, speak with a licensed insurance broker. They will go over your medications and help you find the one that covers your Medications best.

Are all drug plans the same in North Carolina?

All drug plans are different. They must all follow the standard model the Centers for Medicare and Medicaid Services set. They can have different costs and drugs they cover.

We all know that the prescription portion of Medicare is the most complicated. That’s where we excel. Our expert advisors specialize in Medicare and its options. We’re here to help.

We’ll help you find the plan that best fits your individual needs. We’ll also educate you on the different plans and help you enroll in the best program for you.

You can get assistance by giving us a call or filling out our online request form. 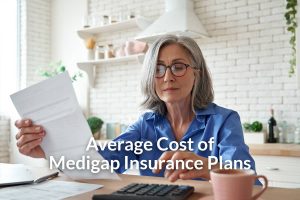 How Retiree Insurance Works With Medicare 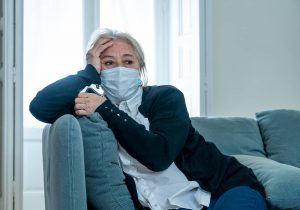