There are four parts of Medicare, drug coverage can only be provided through Medicare Advantage or Part D stand-alone prescription plans. Drug coverage under both Part C and D is for picking up prescriptions from the pharmacy.

Below we’ll be talking about the Colorado Medicare Part D plan specifics such as, which plans have the lowest cost, as well as which ones don’t incorporate a deductible. Then we’ll discuss Part D options that give additional coverage in the donut hole and Low-Income Subsidy. Finally, we’ll go over the coverage phases and how to enroll in a Part D drug plan.

Part D Plans with the Lowest Premium in Colorado

Wellcare comes in at number one in Colorado with a plan premium under six dollars. Centene, Wellcare’s parent company, is one of the biggest insurance companies in America. They are quickly becoming a household name with Medicare.

Next is Aetna. Most people throughout the United States recognize Aetna. They’re one of the most well-known companies in the Medicare space. Recently they have become part of CVS which only strengthens the company.

Rounding out the top three is Humana. Humana is one of the largest Medicare insurance companies in existence. They have been a juggernaut in the Medicare market for quite a while.

Deductibles are part of the prescription drug plan model. While all plans are allowed to use a deductible, not all plans choose to do so. Some plans actually have deductibles that don’t apply to certain levels of prescriptions.

Wellcare comes in on top again with the lowest premium for a no-deductible plan. Remember that the monthly premium of the plan doesn’t always reflect how good it is. You should enroll in a plan that’s best for what prescriptions you take.

Anthem BCBS makes the list for plans without a deductible. Blue Cross has been around forever. Most people have been on a blue cross plan at some point in their lives.

UnitedHealthcare, backed by AARP, is one of the most trusted names in Medicare healthcare. They offer not only Medicare drug plans, but also Advantage and supplement options.

Plans with Gap Coverage in Colorado

Everyone has heard about the dreaded Donut Hole. Some companies give you additional coverage when you move into the coverage gap. You can see that UHC tops the list as far as plans that offer gap coverage. Their plan not only has a reasonable premium but is a 4-star rated plan.

Cigna is really starting to make a name for itself when it comes to drug plans offering gap coverage. In addition to drug plans, Cigna also provides Medicare Advantage and supplement options.

In the chart below you can see top-notch companies that have drug plan options to protect you from the coverage gap.

Plans with a Low-Income Subsidy in Colorado

Low-Income Subsidy is also referred to as the Extra Help program. This program assists low-income beneficiaries by lowering the premium of their drug plans and copays. There are several levels that beneficiaries can qualify for.

The plans below will lower their premium to zero dollars a month if you qualify for the Extra Help Program.

Below you can see many of the names we have already talked about. There is a newcomer on the chart in Elixir healthcare. They’re a much smaller company than the others shown, but they do offer options to assist people that are in the Extra Help program.

Amount of Beneficiaries that Fall into each Coverage Phase

Part D has four phases. The phases outlined by The Centers for Medicare and Medicaid Services are the deductible phase, the Initial Coverage phase, the Coverage Gap, and the Catastrophic phase. Every Medicare drug plan must follow this structure but can offer benefits that are better than the standard model.

The Coverage Gap is also referred to as the Donut Hole.

As you can see below, the vast majority of Colorado Medicare members do not reach the coverage gap. Most meet their deductible and stay in the initial coverage phase.

All cities in Colorado come with their own premiums for Supplemental Medicare coverage. Here are some of the areas in the state where many live:

Which Company has the cheapest Part D plan in Colorado?

Wellcare has the cheapest stand-alone Part D plan at $5.50 per month.

Do I need to take a Part D plan in Colorado if I’m not taking any prescriptions?

You are not required to enroll in a Part D plan. But failure to do so when you are first eligible could result in a penalty.

Drug plans can be one of the most complex and perplexing portions of Medicare. After all, it’s one of the few things in life that the more expensive option doesn’t necessarily correlate with the best coverage. There are many things to consider when choosing a drug plan.

Fortunately, you have someone to turn to for help. Our expert agents are well versed in Medicare and specialize in helping Medicare beneficiaries determine which coverages meet their individual needs.

We cater to your needs and guide you through every step of the way. You can give us a call or fill out our online request form. 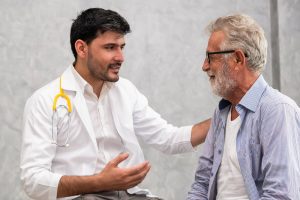 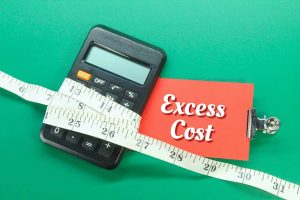 What Are Medicare Part B Excess Charges