Part D plans exist in one of four subsections of Medicare. These Montana Medicare Part D plans cover prescriptions residents pick up at their pharmacies.

This guide will cover different Part D plans in which Montana residents may choose to enroll.

Part D Plans With the Lowest Premium in Montana

While the lowest monthly premium shouldn’t be the only factor to consider, many Montana residents pick plans based on the lowest premium. The first plan we’ll investigate is Aetna, which carries a low monthly premium of $6.80. This three-star rated plan features a deductible of $480.

Humana features a much higher monthly premium of $22.70 alongside its $480 deductible. This plan also features a four-star rating, designating excellent coverage. However, while its premiums remain larger, most generic prescriptions cost four dollars or less using Humana.

Lastly, some residents choose UnitedHealthcare. UnitedHealthcare offers two distinctive differences from the other plans on this chart. First, while its premiums are the highest at $29.30, it has the lowest deductible of $310 and provides gap coverage.

Part D Plans With a Zero-dollar Deductible in Montana

Montana, Medicare Part D plans also include plans with a zero-dollar deductible. Although these plans carry higher premiums, you pay less when receiving coverage. Wellcare is the least expensive, with a monthly premium of $68.90.

Residents may also choose Aetna, which, unlike Wellcare, provides gap coverage. This plan features a monthly premium of $79.90. This plan also has a three-star rating, like most plans on this list.

MedicareBlue Rx is the final plan in the chart below. Although this plan features the highest premium of $116.10, it also carries a four-star rating. With its four-star rating, which includes gap coverage, this plan strikes satisfaction for many Montana residents.

Many Montana residents prefer Part D plans with gap coverage. UnitedHealthcare is a four-star plan with a monthly premium of $29.30, alongside a $310 deductible. This plan covers medications and vaccines not covered by Part B Medicare.

Cigna has a higher monthly premium of $52 but a $100 deductible. This three-star rated plan is a top choice for many residents. Using this plan, expect to buy generic prescriptions at four to ten dollars.

By choosing Aetna, expect to pay monthly premiums of $79.90. While premiums are higher, this plan also features a zero-dollar deductible. This plan also provides a three-star rating.

Part D Plans With a Low-income Subsidy in Montana

Wellcare carries a monthly premium of $32.90 with a $480 deductible. This plan also features a three-star rating. Using this plan, expect most of your generic prescriptions to cost zero to four dollars.

Aetna is another popular choice. Residents using this low-income subsidy Part D plan pay a monthly premium of $34.80. Like the other plans on this chart, expect a deductible of $480.

The final plan we’ll explore is Cigna. Cigna features a monthly premium of $39.10 with a $480 deductible. This three-star rated plan dramatically reduces the cost of generic prescriptions.

Part D plans come in different coverage phases, where costs go up or down. Then, during the donut hole phase, a plan reaches the limit of what it covers for your prescriptions. The numbers in the chart below contain the beneficiaries in each stage.

What is required for Part D in Montana?

To be eligible for a Montana Medicare Part D plan, a resident must already have enrolled in Part A and Part B Medicare. Residents in Medicaid typically enroll in a Part D plan automatically and don’t need to pay premiums.

What does Part D include in Montana?

A Part D plan in Montana helps cover prescription drugs not provided by Original Medicare, a Medicare Advantage plan, or a Medigap plan.

While all plans must cover certain medications (such as treatment for cancer or HIV), the medicines covered may vary with each plan.

What happens if I don’t have Medicare Part D in Montana?

Many residents elect not to enroll in a Part D plan in Montana because they’re currently not taking any medications.

What drugs are not covered by Medicare Part D in Montana?

How are Part D premiums determined in Montana?

Your income level determines your Part D premium in Montana. Along with four income brackets chosen by the Social Security Administration, additional premium charges may apply to higher incomes.

No Medigap plans cover prescriptions, and only some Medicare Advantage plans do. To prevent massive out-of-pocket expenses when buying medications, Montana residents choose to sign up for standalone Part D plans. However, finding the right plan remains a challenge for many.

Our team helps pair residents with the right Part D plan that fits their medical needs and budget. We work with all carriers and offer our service free of charge.

So, call us today or fill out our online rate form to receive rates in your area of Montana. 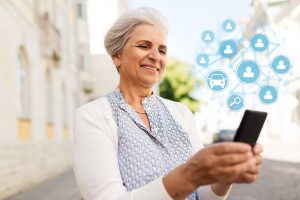 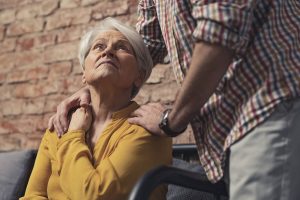 Does Medicare Provide Coverage for Dementia