More than 356,000 retirees in Nevada depend on Medicare Part D to get their prescription drugs at a relatively affordable rate.

Your Medicare Part D prescription drug plan is pretty straightforward: most charge you a monthly premium and ask that you hit a spending deductible before you start getting the discounted price for your medication.

Some plans offer very low premiums, a $0 deductible, or even gap coverage. But for every plan that lowers its up-front costs, there’s usually an expense down the line that you will have to pay.

Part D Plans with the Lowest Premium in Nevada

If your main goal is paying the lowest possible monthly premium, you might be tempted to pick a drug plan from Aetna. You’ll have to pay the $480 deductible first, but after that, your premiums will only cost about $88 per year.

UnitedHealthcare has the most expensive premium at just over $29 per month. But the fact that it has a lower annual deductible makes it cheaper than either Clear Spring or Humana.

It also ties in with Humana for the highest customer service ratings and offers gap coverage. None of the other plans offer gap coverage, including Wellcare.

Part D Plans with a Zero-Dollar Deductible in Nevada

Zero deductible plans are great for lowering your out-of-pocket costs in the short term. But over time, even a plan like Aetna’s can cost you $762 per year, which is more expensive than any previously reviewed plans.

Anthem seems like the most attractive plan because not only do they have high customer service ratings, but they also offer gap coverage. But this plan will cost you over $866 per year in monthly premiums.

UnitedHealthcare is the most expensive, costing a total of $1,213 per year in monthly premiums. But you do get gap coverage with that, and they seem like a fairly reputable company. Wellcare is the only plan which does not offer gap coverage.

A $0 deductible plan from Aetna only costs around $762 per year in monthly premiums and you start getting your drug discounts right away. It also has favorable customer service ratings.

Anthem is the second most expensive plan because that $72 monthly premium will cost you a little over $866 per year. But they have some of the highest customer service ratings according to Nevada beneficiaries.

Part D Plans with a Low-Income Subsidy in Nevada

More than 78,000 Medicare recipients in Nevada are eligible for a low-income subsidy plan. These plans may offer discounts on your deductible, monthly premiums, and overall cost of drugs or reimburse you after the fact. Although Wellcare and Clear Spring are tied for the lowest monthly premium, Wellcare has significantly better customer service.

Humana has the best customer service out of all these Nevada Medicare Part D plans but, unfortunately, does not offer gap coverage. This plan’s monthly premiums plus their $480 deductible add up to an annual cost of $838 before you are eligible for your discounts.

All of the plans listed below, including Aetna and Cigna, have similarly-priced monthly premiums and high deductibles. When you’re trying to decide, it’s helpful to look at other factors, such as customer service, gap coverage, and whether or not the drugs you need are available on the plan’s formulary.

Nevada Medicare Part D beneficiaries could go through four phases of coverage in any given year: the deductible phase, initial coverage phase, coverage gap phase, and catastrophic phase. Most beneficiaries won’t enter the third phase, also known as the Medicare Part D “donut hole,” where you must start paying 25% of your drug costs.

If you fall into the donut hole, you can get out and lower your drug costs either on the first day of the following calendar year or if you spend more than $7,050 in out-of-pocket costs and slip into the catastrophic coverage phase (as of 2022).

What is the difference between Medicare Part D and Medigap?

What is the downside to Medigap plans?

Depending on your needs, there could be several drawbacks to a Medigap supplement. The fact that Medigap plans no longer help cover prescription drugs is seen as a downside by many.

What is the most significant disadvantage of Medicare Advantage?

Since the vast majority of Nevada counties have only a few different Medicare Advantage plans available, finding one with the prescription drug plan you need could be challenging.

If you don’t like your current Medicare Advantage drug plan, you can always switch back to Original Medicare during your next Annual Enrollment Period.

To find your most affordable Nevada Medicare Part D plan, you must get free rate quotes from a reputable source.

We are partnered with Medicare Part D plan providers near you, so we know who to trust and who can give you the best value.

Reach out to us today via phone. Or fill out our online rate form so that we can connect you with the top rates in your area.

How to Get a New Medicare Plan 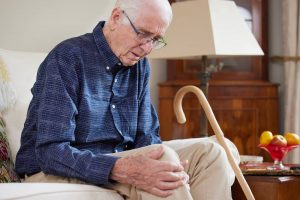 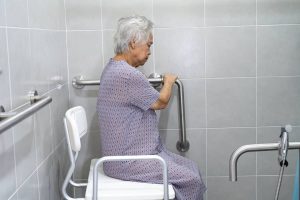 Will Medicare Pay for a Walk-in Tub