Medicare Supplement plans, commonly called Medigap plans, are optional packages you can tack onto your Original Medicare for benefits not included in Part A and Part B.

There are ten different Oregon Medicare Supplement plans, each coded by a letter or series of letters and with a unique price and coverage benefits.

Though private insurance companies issue Medigap plans, the federal government standardizes each policy so that every plan’s benefits are the same regardless of carrier or location.

There are 158,188 Oregon residents enrolled in an Oregon Medicare Supplement plan. Those 158,000+ beneficiaries mean that 30.6% of Oregon’s fee-for-service Medicare users also have a Medigap plan.

Though that 30.6% rate isn’t as high as Nebraska or Iowa, the only two states with a Medigap enrollment rate above 55%, it’s still higher than neighboring states like California and Nevada.

What Are the Popular Medigap Plans in Oregon?

Plan F is the most enrolled-in Oregon Medicare Supplement plan, which is the case across most of the country. Over 100,000 of the 158,188 Medigap beneficiaries in Oregon have Plan F, making it the only Medigap option in the state, with over 100,000 enrollees at 100,011.

Oregon’s second-most popular Medigap option is Plan G, which is similar throughout the country. This one has 32,939 enrollees, and the only other plan in Oregon with over 10,000 is Plan N, with 14,589 beneficiaries.

Not only is the coverage in Medigap plans uniform from provider to provider, but it’s also primarily unchanging from state to state.

Suppose you enroll in an Oregon Medicare Supplement plan with benefits you like but have to move. In that case, you’ll find the same policy with the same coverage in your new state, albeit at a different price, since prices vary with location and other factors.

Several factors will shift how much you pay for your Medigap premiums, many of which you might not realize have a significant impact. Beyond the apparent price shifts for what coverages come in your plan, you can expect different premiums based on your age, gender, history of tobacco use, and your plan’s payment terms.

The chart below shows the cheapest average premium costs for all Oregon Medicare Supplement plans based on a 65-year-old female Medicare enrollee.

Most Expensive Premium Per Medigap Letter Plan in Oregon

This chart shows the premium rates based on Oregon’s average 65-year-old female beneficiary.

As you can see, Plan N has the cheapest average monthly premiums compared to the other options, especially at State Farm and Manhattan Life, where you can expect a $97 monthly premium for this age and gender demographic.

Cities in Oregon with Estimated Premiums for Medicare Supplement Coverage

There are charts with estimated premiums for Medicare Supplement coverage for the below cities:

What Is the best Medicare Supplement plan in Oregon?

Manhattan Life’s Plan F package is one of the best in Oregon. Plan F has more extensive coverage than any other Medigap option, but the $146 average premium cost rivals the Plan G options from similarly priced providers.

However, determining which plan is the best for you ultimately depends on your insurance and financial needs.

State Farm’s $97 premium Plan N is your best bet if you value budget-friendliness more than Plan F’s unique benefits. It’s one of the cheapest in Oregon but doesn’t have as much coverage as Plan G or Plan F.

How much is a Medicare Supplement per month in Oregon?

Medicare Supplement plan premiums can range from $45 to $438 per month, depending on the Medigap plan you pick and the abovementioned factors.

What is the difference between a Medicare Advantage plan and a Medicare Supplement plan in Oregon?

Oregon Medicare Supplement plans and Medicare Advantage plans serve similar purposes by giving people additional healthcare coverage on top of their Original Medicare benefits. The only difference is what they cover and how beneficiaries receive their coverage.

Experts consider Medicare Advantage plans “all-in-one” coverage since they can sometimes cover vision, dental, and hearing costs. Some of these MA plans even cover prescription drugs.

With Medicare Advantage plans, beneficiaries receive their Medicare Part A and B coverage from a private insurance provider rather than Medicare. Medigap plans work alongside Original Medicare to cover remaining costs, such as copays.

How many Medicare Supplement plans can you have in Oregon?

Are you automatically disenrolled from Medicare Advantage to Medigap in Oregon?

Enrolling in a new Medigap plan automatically disenrolls you from your Medicare Advantage plan, and vice versa. However, it’s still best to let your current provider know when you decide to switch from one program to another.

How to Sign Up for Medicare Supplement/Medigap Plan in Oregon

With so many Supplemental Medicare plans available in Oregon, it can be overwhelming to explore your options and determine which plan is right for you.

Our licensed insurance agents make it easy to find the best Medigap rates in your area. They work with all Oregon Medicare Supplement providers and compare rates for free, so you don’t have to.

So give us a call today to get started. Or simply complete our quick and easy online form to get the best rates in your part of Oregon. 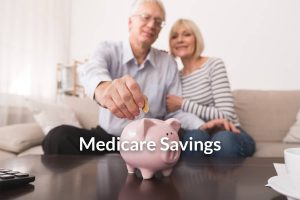 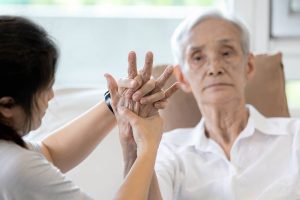