There are nearly 452,000 people currently enrolled in Arkansas Medicare Part D plans. Of those enrollees, over 301,000 have a stand-alone Part D plan, while roughly 154,000 get their Part D benefits from a Medicare Advantage plan.

Part D plans come from private insurance companies, so their prices and specific coverage areas vary from provider to provider. But we’ll examine several Arkansas Medicare Part D plans in the chart below at what the big-name companies are charging.

Part D Plans with the Lowest Premium in Arkansas

Several Arkansas Medicare Part D plans have low premiums under $25 per month. Aetna’s low-premium Part D plan has the most budget-friendly monthly charges at $6.40, including a $480 deductible, and doesn’t include gap coverage.

Arkansas Blue has a Part D plan with gap coverage and a cheaper, $350 deductible. However, its premium payments are considerably higher at $24.60, even though that monthly rate is still lower than plans with zero-dollar deductibles.

Humana offers another popular low-premium option. Its deductible is $480, and the monthly payments sit at $22.70, but the plan has a four-star coverage efficiency rating on a scale from one-to-five.

Part D Plans with a Zero-Dollar Deductible in Arkansas

Like the Arkansas Medicare Part D plans with the lowest premiums have high price deductibles, those with zero-dollar deductibles generally have high monthly costs. But Aetna’s policy is the most affordable $0 deductible option in Arkansas with a $57.90 premium.

Wellcare’s $0 deductible plan is close to Aetna’s cost of $68.90. However, this budget-friendly plan doesn’t come with gap coverage.

UnitedHealthcare offers a well-regarded $0 deductible plan with gap coverage and a premium rate of $100.20. It sits right in the middle of the star scale with a three.

Arkansas Blue’s low-premium Part D plan has the most affordable monthly rate of any policy with gap coverage in the state. This three-star plan has a low $24.60 premium and a $350 deductible.

Aetna offers the state’s lowest premium Part D plan with gap coverage and a zero-dollar deductible. With this plan, you would pay a monthly premium of $57.90.

UnitedHealthcare’s gap coverage plan stands out for its low premium and high rating. This four-star Part D plan charges $26.10 per month but does require a $310 deductible.

Part D Plans with a Low-Income Subsidy in Arkansas

Clear Spring Health has one of Arkansas’s cheapest low-income subsidy Part D plans. It has a $480 deductible but a $25.20 monthly premium.

Humana’s low-income subsidy Part D plan has an identical deductible and a slightly higher premium than Clear Spring Health’s plan at $27.40. However, its four-star rating is the highest among similar policies.

Wellcare’s low-income subsidy Part D plan is another popular option. It has a three-star rating, a $480 deductible, and a $25.60 premium.

Depending on your phase, you’ll pay more or less for your Part D coverage. For example, the coverage phase (commonly referred to as the ‘donut hole’ phase) has less coverage than the previous two, meaning you’ll pay more out of pocket.

As you can see, most Arkansas Part D enrollees fall into the initial coverage phase, while less than one-quarter are in the donut hole phase.

Cities in Arkansas with Estimated Premiums for Medicare Supplement Coverage

There are charts with estimated premiums for Medicare Supplement coverage for the following cities:

What is the Part D deductible in Arkansas?

The average Part D deductible for Arkansas Medicare Part D plans depends mainly on the terms of your policy. You’ll likely pay a $480 deductible if you’re on a low-premium plan, but that cost varies based on the provider and other coverage factors.

How are Medicare Part D premiums paid in Arkansas?

Your Part D provider will bill you for your Part D premiums, and different companies will offer various payment methods. However, most companies allow you to let them deduct the premium straight from your social security rather than making a separate payment.

Are all Medicare Part D plans the same in Arkansas?

Arkansas Medicare Part D plans vary in price and what they cover. Some Part D plans permit gap coverage, while most others don’t.

What drugs are not covered by Medicare Part D in Arkansas?

Not every Arkansas Medicare Part D plan covers the same prescriptions. Therefore, you’ll need to consult your prospective providers and examine the terms of your potential plan carefully before committing, as it might not have the specific coverage you need.

Can you have 2 Medicare Part D plans in Arkansas?

You can only enroll in one Part D plan at a time, although you can switch your plan and provider if your current coverage no longer applies to your needs.

Because of the ‘one plan per customer’ limitation, it’s even more essential to understand the terms of your plan so that you’re not stuck with unhelpful coverage.

Several Arkansas Medicare Part D plans and providers are waiting for you, but finding the right one amidst a sea of candidates is a tall task without the right tools.

But our licensed insurance agents make it easy for you to sort through the noise and find a quality plan. Our team sorts rates from all Arkansas’ top providers for free so that you don’t have to waste time looking for the coverage you need.

Call us today or complete our online form to get the best rates in your area. 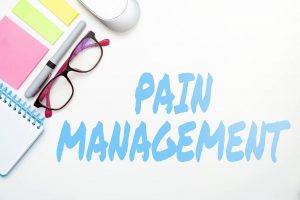 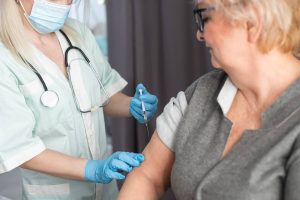 Medicare Coverage for the Shingles Vaccine 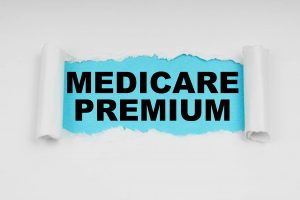 2023 Medicare Parts A & B Premiums and Deductibles IRMAA