We’ll wrap up by answering some frequently asked questions and going over how to enroll in a Bankers Fidelity Supplemental Medicare insurance plan.

Regarding complete coverage, Medicare Supplements are where the buck stops. These plans work together with the Medicare program to limit and sometimes eliminate your out-of-pocket costs when using healthcare coverage. These costs include copayments, Medicare Part B coinsurance, and deductibles.

There are ten Medicare Supplement insurance plans to choose from. Bankers Fidelity offers a variety of them. However, most members choose one of the top three plans in the nation. It’s hard to beat the price and coverage levels of Medigap Plan F, Plan G, and Plan N.

Plan F and G both have a high deductible option. These plans are designated HDF and HDG.

Medicare Supplement policies are referred to as Medigap policies because they cover the gaps in Original Medicare. Medicare Supplement health insurance plans must have the same coverage regardless of which company you choose to enroll with. They don’t include drug coverage.

In addition to having all these benefits compiled into one plan, they will typically have additional benefits and coverages that Medicare doesn’t cover. Many programs include gym memberships, over-the-counter benefits, dental, vision, and hearing coverage.

We like to assess a company’s financial strength to determine a few things. The higher the rating, the better the company will be at the following:

AM Best gives Bankers Fidelity a rating of “B++ Good.”

Bankers Fidelity has over 60 years of providing outstanding services to their clients. They are well known for processing claims quickly. They’re more likely to accept clients with health concerns than their competitors. They have a more straightforward underwriting process.

Depending on the plan letter you enroll with, you could have coverage for the Medicare benefits below:

Is Bankers Life and Bankers Fidelity the same?

Is Bankers Life and Colonial Penn the same company?

Yes! Colonial Penn is a subsidiary of Bankers Life.

No. Bankers Fidelity does offer other insurance products such as critical illness and hospital plans.

What is the price of Bankers Fidelity Plan G?

Medigap prices will vary based on serval factors. Some include your age and where you live. You can expect to pay somewhere between $100 and $220 monthly premium for Plan G.

Does Bankers Fidelity Plan G cover the Part B coinsurance?

Yes. The Bankers Fidelity Plan G covers Part B coinsurance at 100%. The best time to enroll in a Medicare Supplement is during your Open Enrollment period.

How can you enroll in Bankers Fidelity Plan G?

Yes! The following conditions must apply.

You must be eligible and enrolled in Medicare Parts A and B.

You must live in an area where Bankers Fidelity offers the plan.

How to Enroll in a Bankers Fidelity Medicare Plan

Choosing the right plan for your needs is one of your most important decisions. Don’t do it alone. We can assist with education and help you determine which programs fit your individual needs and wants once you settle on the proper Medicare Advantage or Medicare Supplement insurance policy.

We’ll make the enrollment process painless and fast. For help with this crucial decision, simply fill out our online request form. If you need help now and don’t want to wait, give us a call! 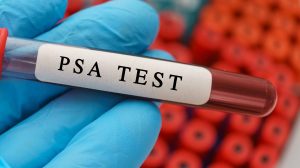 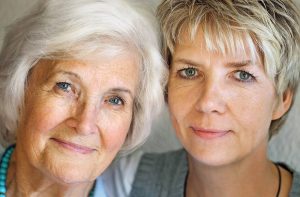 What Is A Medicare Benefit Period and Calendar Year