Did you know there are more than 532,000 Medicare beneficiaries currently enrolled in a Connecticut Part D prescription drug plan? Out of those, just under 291,000 are enrolled in a stand-alone Part D drug plan. The rest, a little over 247,000 strong, have purchased a Part D plan through their Medicare Advantage insurance.

Medicare Part D plans are private plans designed to help you afford prescription drugs. The government does not issue them, but they are regulated by the government so that you get a fair price for the drugs you need to stay happy and healthy. You must pay an annual deductible and a monthly premium each year before your discounts kick in. Once you meet your deductible, you will enjoy reduced drug prices until you run into the donut hole.

Part D Plans with the Lowest Premium in Connecticut

If you’re only looking at your monthly premium, Aetna is the cheapest plan in Connecticut. The annual deductible is high but on par with most plans in the area.

The Next lowest premium comes from Wellcare each month. It has an identical customer service rating, annual deductible, and lack of gap coverage when compared to Aetna.

Humana is in the middle of the list based on the premium price. It also lacks gap coverage and has a $480 deductible. But Humana does score higher than average on customer service.

Part D Plans with a Zero-Dollar Deductible in Connecticut

In the previous section, even the most expensive plan costs about $865 per year in deductibles and monthly premiums. Wellcare’s $69 premium means this plan could cost you $825 per year in premiums alone. And it doesn’t even have gap coverage.

Once you hit Aetna’s prices, you’ll start to wonder if you aren’t better off with a deductible plan. Their $73 monthly premium makes them more expensive annually than a plan with a deductible. But at least they have gap coverage.

The only way plans from UnitedHealthcare or Blue Medicarerx are financially feasible is if you need the gap coverage, cannot pay for your drugs out of pocket, or both. The premiums could cost anywhere from $1,200 to over $1,600 per year. That’s a lot just to avoid paying a deductible.

Gap coverage is very important for seniors with expensive drugs, frequent prescription refills, or both. If you’re vulnerable to falling into the coverage gap, then the cheapest plan available comes from Unitedhealthcare.

Yes, it’s unfortunate that the two cheapest plans on this list – Unitedhealthcare and Cigna — all come with annual deductibles. But you’ll be thankful for them once they save you from paying that 25% surcharge on prescription drugs in the donut hole.

Your monthly premium to Aetna will cost you around $870 per year. But you won’t have an annual deductible to meet, so managing this expense in monthly installments leaves more room in your healthcare budget for your drugs and other treatments.

Part D Plans with a Low-Income Subsidy in Connecticut

According to statistical data, 183,745 eligible beneficiaries qualify for a low-income subsidy for their Medicare Part D plan. The best of these plans in Connecticut require a $480 deductible. The two cheapest ones are Wellcare and Cigna.

To be fair, there’s only a $0.10 per month difference (or an annual $1.20 difference) between those two plans and Aetna. In every other way, they’re almost identical, including customer service ratings.

Speaking of customer service, the next most affordable plan is also the one with the highest customer service star rating. It’s from Unitedhealthcare, given four out of five stars from its customers.

Most beneficiaries will only be in the deductible or initial coverage phase of their Medicare Part D prescription drug plan. The first phase is when you pay out-of-pocket to meet your deductible, and the initial coverage kicks in after you do so. The coverage gap phase is also known as the donut hole where you must pay 25% of your drug costs until you hit catastrophic coverage.

Is Medicare Part D worth it in Connecticut?

The plan will eventually pay for itself regardless of your current age or health status. Of course, the more expensive your prescriptions are and the more frequently you need them refilled, the more cost-effective Part D will be.

What drugs are not covered by Medicare Part D in Connecticut?

This will vary from plan to plan, and you will have to check your plan’s formulary to make sure. The most frequently uncovered drugs include erectile dysfunction pills, drugs designed to solve cosmetic problems (such as hair loss), and over-the-counter medications.

How do I avoid Part D Penalty in Connecticut?

We’d be happy to help! Contact us today, and we will help you get free rate quotes while comparing providers in your area. Just answer a few simple questions and you could save hundreds of dollars per year on your prescription drug costs. 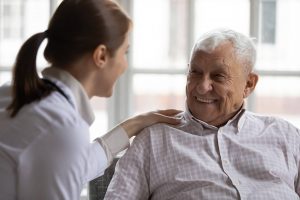 What Does Medically Necessary Mean to Medicare 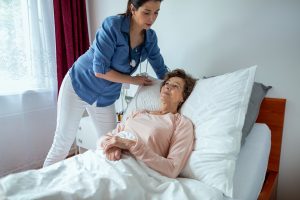 Will Medicare Cover an Adjustable Bed 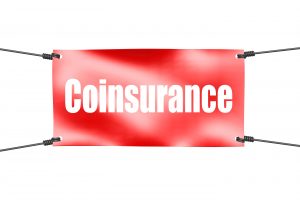 Medicare Defined Coinsurance: How it Works