More than 1.6 million people have enrolled in Illinois Medicare Part D plans. Of these, 1.1 million are prescription drug plan enrollees, and over 543,000 participate in a Medicare Advantage plan.

Medicare Part D plans cover prescription drugs that Medicare Parts A and B do not cover. Through private companies such as Cigna and Aetna, you can enroll in a plan that covers your prescriptions according to the regulations Medicare has created.

There are limits to Medicare Part D coverage, including the “donut hole” coverage gap, which kicks in once your prescription cost reaches a certain threshold and requires you to pay out-of-pocket for a percentage of the cost.

Part D Plans with the Lowest Premium in Illinois

The “star rating” column in the table below is a rating of each plan’s effectiveness, with the scale going from 1 at the low end to 5 at the high end.

The Aetna plan has the lowest premium ($6.90). Like the other low-premium plans, it has no gap, or “donut hole,” coverage and has a deductible of $480. It has a three-star rating,

The plans offered by Blue Cross Blue Shield of Illinois and Humana are four-star plans. They have higher premiums ($20.20 and $22.70) respectively. They do not have gap coverage.

Wellcare’s plan has a three-star rating and a premium ($11.70) that is almost as low as the Aetna plan. It has a $480 deductible but also does not offer gap coverage.

Part D Plans with a Zero-Dollar Deductible in Illinois

There are a few options for zero-dollar deductible Part D plans in Illinois. With the $0 deductible, though, come higher premiums, so the choice depends on how much you use your coverage each month.

While the lack of a deductible means your insurance kicks in much faster, the monthly premiums can add up to be quite expensive over time.

Three companies offer zero-dollar deductibles. Each of them has a three-star rating. Wellcare offers a plan without gap coverage with a premium of $68.30.

Aetna’s Part D plan includes gap coverage, but its premium is higher, at $88.10. Like the Wellcare option, it has a three-star rating.

UnitedHealthcare’s Part D plan has the highest premium of the zero-dollar deductible options. It costs $94.30 per month, includes gap coverage, and has a three-star rating.

Cigna’s plan has a lower deductible ($100). However, the premium is significantly higher, and it has a three-star rating.

Lastly, Blue Cross Blue Shield’s plan has a premium that is almost as high as the zero-deductible plans. It has a $480 deductible and is a four-star plan.

Part D Plans with a Low-Income Subsidy in Illinois

Over 406,000 Illinoisans are eligible to receive low-income subsidies for Part D coverage. They can choose from the following five Illinois Medicare Part D plans. None of them have gap coverage, and each has a deductible of $480.

Wellcare’s Part D plan has the lowest premium ($26.20) and a three-star rating. It is a good choice for Medicare recipients looking to keep costs down. The premiums fall within a narrow range — $26 to $28.

UnitedHealthcare’s plan is the only four-star option. The premium is a little higher than Wellcare’s plan at $27.40.

The donut hole is perhaps one of the most confusing aspects of Part D coverage. One way to think about coverage is to break it into four phases.

Once you reach the coverage limit for your plan, you reach the donut-hole phase, where Medicare Part D no longer covers medical expenses. At a certain point, however, you reach the catastrophic phase, and coverage resumes for the remainder of the year.

Medicare data for Illinois shows how many Illinoisans reached each phase of Medigap Part D coverage.

Cities in Illinois with Estimated Premiums for Medicare Supplement Coverage

There are charts with estimated premiums for Medicare Supplement coverage for the below cities:

Which Illinois Medicare Part D plan is the best?

Wellcare and Aetna have low premium plans that might be attractive for Medicare recipients in good health who need to keep monthly expenses low.

What age do you have to be to get Medicare Part D in Illinois?

The initial enrollment period for Medicare Part D occurs when you turn 65. If you do not enroll in Medicare Part D during this period, you might have to pay a late-enrollment fee. The fee increases depending on how many months you went without coverage.

Where to get Part D Medicare drug coverage in Illinois?

You can enroll in Medicare Part D by visiting the websites of insurance carriers that offer coverage or contacting medicare.gov directly.

How much does Medicare Part D cost in Illinois?

You might pay the deductible, your monthly premiums, and any drug costs during the coverage gap period. You should consider each of these costs when comparing plans.

Can you buy Medicare Part D by itself in Illinois?

If you are an Illinois resident approaching the enrollment period for Medicare Part D or have put off enrolling, now is the time to take advantage of Medicare Part D prescription drug coverage.

Our licensed insurance agents to learn about your options. If you give us some information about yourself, our online rate form will get you rates from insurance carriers for Illinois Medicare Part D plans. 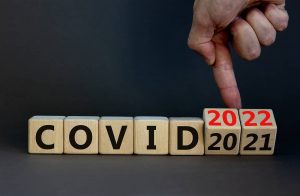 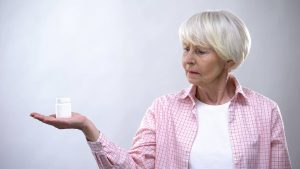 What is a Medicare Expansion