What is a Medicare Expansion

General
Home FAQs General What is a Medicare Expansion

You may have been hearing a lot on the news lately about Medicare expansion states and might have many questions about it, like which states are expanding Medicare? When is it happening? And how will it affect you?

It’s a bit confusing subject, but it’s not all that complicated once you sit down and look at it. Below, we’ll go into more detail about Medicare expansion states and what they mean for you.

Recently, the Biden Administration has been trying to pass a comprehensive bill called the Build Back Better plan. That plan had provisions in it for expanding certain Medicare benefits — sadly, those benefits were removed from the bill to get more representatives to vote for its approval.

Therefore, we won’t see any expansion of Medicare benefits anytime soon unless something changes.

If Medicare expansion is ever ratified, it will most likely happen in all 50 states simultaneously.

Areas Where Medicare Expansion Could Be Helpful

The main areas where Medicare expansion could be the most useful for beneficiaries include:

Giving the government the legal ability to negotiate prescription drug prices and keep costs down for Medicare recipients who need prescription medication to live and maintain a higher quality of life.

Expanding benefits so that Medicare supplement insurance (like Medigap or Medicare Advantage) is no longer as necessary as they currently are.

Critics of Medicare expansion claim that extending simple benefits like vision and dental or giving the government the clout it needs to negotiate drug prices would somehow bankrupt the system. But vision and dental stand to receive funding from elsewhere.

Sadly, that trust fund is rapidly depleting. But since vision and dental would be paid for under your Part B benefits — which are funded through a completely separate program — and since negotiating prescription drug prices would bring costs down for everybody, this expansion could actually help slow down the depletion of the Medicare trust fund and keep it solvent for a little while longer.

The Current State of Medicare Expansion

The upcoming primary elections in 2022 will likely decide whether or not Medicare expansion is possible in the near future or whether Medicare recipients will have to wait several more years before their government revisits the idea.

When will Medicare expand in my state?

What is a Medicare expansion?

An expansion of benefits and coverage includes lowering the qualification age to 60 instead of 65, lower prescription drug prices, dental, vision, hearing, and other benefits to help make healthcare for retired Americans more affordable and comprehensive.

When will the Medicare eligibility age be lowered?

Nobody knows. There was legislation in the Build Back Better Act which was supposed to lower the age threshold, but the provision was removed at the last minute. Future legislation, however, may succeed in the near future.

Which Medicare recipients will be eligible for expanded Medicare benefits?

That depends on the legislation which may or may not pass in the future. But if recent attempts to expand medicare become successful at a later date, beneficiaries age 60 and older will qualify for Original Medicare, dental, hearing, and vision care in addition to hospital and outpatient coverage.

Until Medicare expansion passes in your state, you’re going to have to wait until the year in which you turn 65 in order to qualify (unless you have certain types of health issues, like ESRD). Regardless, we want to be there for you.

Looking for a Medicare Supplement plan once you’re eligible can cover the gaps between your actual health needs and what Original Medicare provides for.

Reach out to our Medicare licensed insurance experts today so that we can make the process as easy and expedient for you as humanly possible.

Give us a call today. Or use our convenient online rate form to receive the best prices on plans in your area. 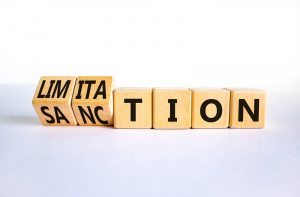 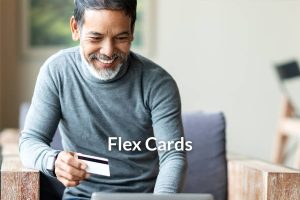 How to Get a Flex Card on Medicare

How to Get or Replace Your Medicare Card