Written by: Jeffrey A. 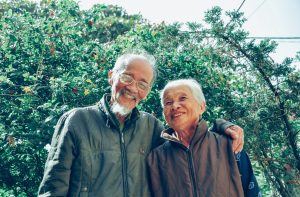 The term Baby Boomer describes the generation of individuals born between 1946 and 1964 immediately following the end of World War II. The high post-war birth rates came to be regarded as what would be a “baby boom” at the time. Unsurprisingly, the inception of the Baby Boomer generation was made possible by the resounding sentiment amongst the American populace that a strong prosperous post-war economy lay ahead.

With economic uncertainty at its lowest since the Great Depression, many couples opted towards settling down and starting families. Many families saw an increase in wages, and the unprecedented expansion of businesses and products available to them only served to support their progress. As optimism skyrocketed, an entire generation was poised to catapult off the success of their parents.

Baby Boomers Amidst An Evolving World

Similar to numerous historical trends, the rise of the Baby Boomer generation transformed the world before them. Alongside the growth of Baby Boomers, the Civil Rights and Women’s Rights Movements were also growing.

The Era of Economic Prosperity

Economic prosperity went hand in hand with the surging need for consumer goods. With the creation of suburbia, attention shifted towards supporting and sustaining the emergence of these large suburban communities across America. Construction for new schools, community centers, suburbs, and roadways made economic expansion possible during this period.

In addition, with the growth of the family nucleus, Boomers ensured to stock their homes with the latest technological appliances at the time that served to uphold the vision of a traditional American family. From TV sets to refrigerators to stovetops, families managed to purchase these new innovations every few years.

Factories for a multitude of products were propping across many big cities in America. The steady, reliable labor demands ensured that thousands of Boomers would find success in the manufacturing industry for decades to come. Without the existence of these factories, not only would workers be unable to see increased wages, but the ever-increasing necessity for consumer goods would not have been possible. In the end, the financial success stories of Boomers inevitably transitioned to a lesser, yet significant degree to the generations that followed.

Activism Amidst The Civil Rights Era

Although Baby Boomers saw continuous prosperity in regard to their financial status, a centuries-long issue had been brewing beneath the surface of American society for far too long. During the peak of the Baby Boomer generation, racial tensions were drawing the focus of the American families towards the ongoing spreading protests spearheaded by notable African American leaders such as Martin Luther King and Rosa Parks. The clamor for equal rights, fair treatment, and an end to systemic racial policies is now known as the Civil Rights Era.

With such a pressing issue at the forefront of everyone’s minds, Boomers wanted to make a change. Against the ideals of their parents’ generation, Boomers had adopted a mentality geared towards combating hate and fighting for the equality that they believed their peers deserved.

Because they had broader access to educational resources than previous generations, Boomers combated racial inequality through student activism. This fiery activism that persisted well into the height of the Cold War would eventually lead to the creation of a new generation of social and political leaders that would fight to end decades of segregationist policies. As a result of this period, Boomers came to be known for their fierce but persistent attitudes, attitudes that were not exclusive to the Civil Rights Movement.

The growth of the suburbs – which was a direct effect of the economic prosperity of the time – bore witness to one of the biggest housing projects in history. Owning a house in suburbia became the dream of what to have for the traditional American family. As families settled into suburban lifestyles, the expectation for women to leave their jobs and become stay-at-home mothers grew dramatically.

In a rejection of these confining societal expectations, women began demonstrating gradual yet significant activism that would become the women’s movement of the 1960s. Together with the Civil Rights activists, women of all colors and from across the socioeconomic spectrum began advocating for reforms on a multitude of issues.

The Women’s Rights movement raised awareness on important topics like:

Young Boomers who participated in this movement saw success in the passing of several policies that proved beneficial for women. Important events that occurred and would subsequently pave success for future generations included the Equal Credit Opportunity Act, Roe Vs. Wade, Title IX, Title X, and even the Pregnancy Discrimination Act of 1978, among others.

The Characteristics of The Baby Boomer Generation

The Boomer Boomer generation throughout the decades has changed society and our very way of life, for better or worse. In recent years, Boomers have garnered a rather negative reputation amongst millennials and younger generations. Despite this, Baby Boomers have had a long-lasting effect on several aspects of our society that subsequently fit their defining traits and qualities. Most notably, many Boomers demonstrate a strong worth ethic, discipline, and competitive nature. These values, as well as predominant fiscal and socially conservative values, are what define Boomers.

When it comes to technology, there is a misconception that Boomers can’t adapt to new technological innovations. However, this is a false stereotype. Baby Boomers were responsible for some of the biggest technological breakthroughs of their era. Their generation was responsible for the development of the computer, many national space programs, and more.

Younger generations may expect Boomers to be clueless about modern technology, but that is far from the case. In recent years, social media consumption has grown amongst Boomers alongside increased usage of tablets and personal computers. Even though these levels of usage are far from those of Gen X or Millenials, we can’t ignore the technological savviness that Boomers have continued to develop.

During the period where economic prosperity was so prevalent, Boomers got to benefit from both short and long-term financial stability. Low costs, low-interest rates, and high wages defined the beginning of the Baby Boomer generation. The signing of the GI Bill in the mid-1940s helped veterans coming home after the war.

With this financial prosperity, Boomers could afford a college education alongside buying a home. Financial literacy was quite common in Boomers, which led them to adopt a fiscally conservative attitude at the time. The imposition of neoliberalism from the Reagan and Thatcher administrations in the U.S and UK, respectively, caused this attitude to heighten.

Although many Boomers advocated for social and cultural reform in the 1960s and 70s, a portion of them upheld conservative viewpoints and values. During the Civil Rights and Women’s Movements, some Boomers strongly maintained the “traditional family values” they learned from their parents. What did this mean, exactly? It meant that a subset of Baby Boomers viewed religion as a very important aspect of their lives. This view of religion aligned well with their belief in maintaining the patriarchal order.

Furthermore, these beliefs would clash with the reform attempts of the Women’s and Civil Rights movements. One of the central issues for conservatives at the time unfolded with the passing of Roe Vs. Wade, which granted women the right to abortion. In effect, this led to these religious, conservative groups opposing such issues for the next several generations.