Ageism is defined as the unfair treatment, discrimination, and/or stereotyping of an individual or group because of their age. Unfortunately, negative attitudes developed around specific age groups can have consequences in many aspects of life. For instance, not only can ageism affect an individual’s job prospects, but it can also impact their quality of life. In response to this issue, laws have been enacted on both federal and state levels in order to combat this form of discrimination. If you’re not sure whether you are being subject to ageism, we’ll provide some examples.

As stated above, ageism can occur anywhere in numerous ways. How and when it happens is sometimes difficult to discern. A simple comment that might seem ordinary can have huge implications.

Do you ever wonder if that one comment from your coworker about needing hearing aids soon was purposefully hurtful? Or rather, if your boss disregards you for a job promotion, even though you have the right qualifications, just because they favor a younger candidate? All of these examples constitute ageism.

Experiences such as these aren’t exclusive to your workplace, and you might be surprised to know this sort of behavior can occur with your family as well. It can get to the point where families abandon seniors or push them to live in retirement communities. While ageism is difficult to identify in most instances, there are ways of catching those behaviors early on.

What are some of the common examples of ageism out there? Unbeknownst to many, it can happen in the most unlikely scenarios. Ageism and age discrimination can come in any of the following forms:

A common trend among employers is posting job positions with certain requirements. Any requirement that imposes an age range as a criterion for hiring isn’t inherently wrong, but it is discriminatory when an employer bars individuals over the age of 40 from applying.

While company layoffs are normal within any industry, the potential for age discrimination is always high. How does it happen?

Suppose a company lays off a percentage of its workforce to cut back on costs, but it is later revealed that only the older employees were fired. In this instance, it’s possible that the company most likely partook in age discrimination against its workers. The frequency with which this situation occurs is astonishing and often overlooked.

A common stereotype about seniors is that they’re clueless on how to use computers or any piece of modern technology. Not only is this a false and insulting belief to spread, but it could also create an uncomfortable, toxic workplace. Assuming that old people are automatically slow to understand new technology is wrong in itself. At the end of the day, anyone can learn anything if they adopt the right mindset and commit themselves to mastering the use of a technological device.

Having years of experience goes a long way when applying for any company. What is considered an advantage can become a crutch when employers enact specific wording that could exclude you from applying to the job for whatever reason.

Finally, another issue that is seen across the United States is ageism within families. Contrary to the good intentions of younger family members, grandparents can still be subject to ageism.

It’s common for seniors to develop disabilities or underlying health conditions in old age. However, developing a disability doesn’t necessarily mean the individual can’t take care of themselves. What typically happens is that some families deem their older family members as too dependent, and as a result, the family will hire a caretaker or send them to a nursing home. When done unnecessarily, this can erode the seniors’ sense of social independence and increase feelings of isolation.

These are just a few of the possible ageism outcomes elderly members face on a daily basis which only serves to undermine who they are as people.

The Impact of Ageism

Experiencing these examples of ageism, especially on a regular basis, can have immeasurable long-term impacts. Besides causing mental anguish and stress, it can also cause untold physical effects. For one thing, seniors are subject to the abuses and prejudice of their work environments and home life as a result of institutionalized prejudices. From depression to shortened life expectancies, the struggles that ageism imposes on our elderly population is not taken seriously enough.

Fighting ageism stereotypes can prove too much to handle for some seniors. The mental and physical effects it has on their bodies over a short and long term period of time can ultimately prove to be life-threatening.

By all means, stereotypes about age are ingrained into our heads from a very early age. These negative stereotypes contribute towards worsened memory and increased feelings of worthlessness that lead to a shortened lifespan. Furthermore, we inadvertently reinforce the negative effects of aging, such as depression, isolation, and cognitive decline.

Correspondingly, it is also worth noting that any decline in a senior’s mental and cognitive abilities will inadvertently affect their physical health as any form of physical activity lessens drastically. In effect, all of these factors come together to drastically decrease one’s quality of life since older adults begin to see their lives as pointless and not worth living.

The concept of ageism is something that has coexisted with us since the beginning of our lives. Our response to the negative behaviors and actions towards a particular demographic often goes unquestioned. In addition to the health effects that ageism already has, the systemic effects are just as impactful.

For instance, societal perceptions towards the elderly can have long-lasting consequences in a senior’s life. Not only is their ability to find a job affected, but also their lives change based on how the world treats them. More often than not these negative prejudices affect the quality of life an individual lives, which results in several of the health effects stated above. Nevertheless, there are measures in place to combat all of these effects.

Ageism has been a rampant problem for a while, but that doesn’t mean the government hasn’t enacted policies to combat this sort of prejudice and discrimination. With the passing of the Age Discrimination in Employment Act (ADEA), the government has taken one step further towards dealing with actions that affect a senior’s livelihood.

In order to counteract ageism in workplace environments, the ADEA prohibits any form of discrimination in regard to employment. Whether it be in the hiring, pay, firing, promotion, training, and assignment process of the job this law prohibits employers from engaging in this sort of behavior.

Harassment policies intend to prevent workplace harassment because of one’s age. For a situation to exemplify harassment, a person must be subject to derogatory or offensive comments about their age. The law won’t focus on playful or teasing remarks unless the incident proves severe enough to create a hostile work environment or affect the employee’s status with the company.

The ADEA deems any employment practice or procedure that targets adults over 40 solely because of their age as illegal acts committed by the employer. 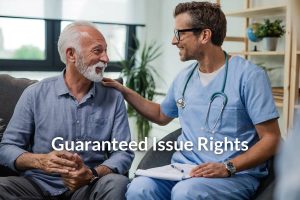 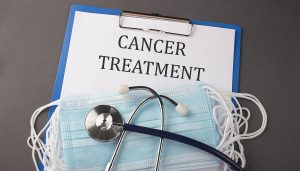