How good is your hospital? If you are curious about how your hospital measures up to other facilities both locally and around the United States, you can check out the federal government’s new five star rating system. It examines over 3,600 hospitals from coast to coast as well as Alaska and Hawaii.

The ratings board examined everything from cleanliness as reported by patients to how often Medicare beneficiaries return after heart-related procedures. In total, it looks at 64 factors. The ratings system is published by the Centers for Medicare and Medicaid Services. This federal agency is inside the US Department of Health and Human services. The CMS administers the Medicare program. It also works alongside state governments to administer Medicaid, the State Children’s Health Insurance Program, and health insurance portability standards.

Are the ratings fair?

Some hospital executives are displeased with the new rating system. They cite the potential for misleading information regarding readmissions due to the fact that the quality measures are still being adjusted. Massachusetts General Hospital senior vice president for quality and safety, Dr. Elizabeth Mort, told an NPR Massachusetts affiliate that the ratings are “really not strong enough measures to assign a quality ranking and differentiate one hospital from another, to drive decisions about which one to go to.”

She raises concerns about the fact that is little discernible difference between a two- or three-star hospital and a hospital with a four-star rating. NPR reports that all but two Massachusetts hospitals fall in the two- to four-star range. Similarly, Tim Gens, executive vice president of the Massachusetts Hospital Association concurs. “The system does not reflect the reality of patients, the type of patient a hospital takes. It doesn’t factor in the socio-economic differences and those mistakes in methodology make big differences among hospitals,” he explains.

On the other hand, some consumer groups acknowledge that the study is a positive step toward improving health care in the United States. “A five-star rating system may be a blunt instrument, but it’s absolutely a step in the right direction so that hospitals can compare themselves to their colleagues across the state and so that patients can make the best possible choice for their inpatient care,” says Amy Slemmer, director of Health Care For All.

The Centers for Medicare and Medicaid Services plans to update its hospital star ratings on a quarterly basis. Hospitals in Maryland were not rated, nor were facilities with “too few patients to properly evaluate.” Several facilities administered by the Department of Veterans Affairs were likewise left off the initial rating list. You can find the full list here. In order to quickly find the hospitals rated in your state, view the third column, which is sorted alphabetically.

What is the 8-Minute Rule? 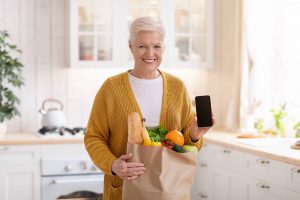