Written by: Jeffrey A.

FAQ
Home Blog Can You Take Tylenol PM with Prednisone?

Disclaimer: The content is not intended to be a substitute for professional medical advice, diagnosis, or treatment. Always seek the advice of your physician with any questions you may have.

Tylenol PM and Prednisone are two commonly utilized – yet highly different – drugs. Tylenol PM is mainly used to reduce pain and fever. In addition, the drug is used outside of its intended medical purposes. In contrast, Prednisone’s purpose is acting as a substitute for individuals with low cortisol levels, thus reducing inflammation levels in the body.

For all of their uses, a relationship between the drugs has not been found. However, that is not to say that a study in the future won’t show a contraindicated relationship given the many effects and purposes that these supplements are intended for.

What is Tylenol PM? Why Use It? 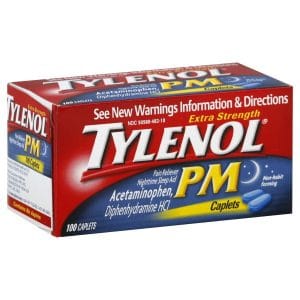 What is Tylenol PM? This tablet is an over-the-counter product that is easily accessible without a prescription from your doctor. It contains two main ingredients: acetaminophen and diphenhydramine. The main indication of acetaminophen is to reduce symptoms of pain and/or fever, but because of the other active ingredient, Tylenol PM is only meant to be taken in the evening before bed.

Diphenhydramine, the other active ingredient in Tylenol PM, serves as an antihistamine. The antihistamine compound decreases natural histamine levels, which in effect reduces the likelihood of developing symptoms such as a runny nose, itching, sneezing, etc. But a common and potent side effect of diphenhydramine is drowsiness, which is why it is meant to be taken at or near bedtime.

Tylenol PM has multi-intended purposes that go beyond pain/fever relief. For instance, the drug treats allergies, headaches, and watery eyes, which are symptoms that develop from other existing illnesses such as the flu and the common cold, among others.

Currently, the medication is available in two forms. The most common method is oral ingestion as a capsule/tablet, which proves to be a safer yet slower method of relieving symptoms. Comparatively, the drug is also available in liquid form and will be a quicker means of treating your condition given that body more readily absorbs liquids.

In spite of its many useful properties, however, Tylenol PM possesses some risks. The possibility of an overdose is always present when taking any medical supplements. In the case of Tylenol PM, the risk of overdose results in liver damage. In a worst-case scenario, it can even cause death. Acetaminophen (Tylenol PM) overdose is quite common in any age group, even though toxicity occurs primarily in children. But the most serious cases of extreme damage and/or death will occur more in adult demographics.

With the potential for the development of rare skin disorders such as acute generalized exanthematous pustulosis, toxic epidermal necrolysis, and Stevens-Johnson Syndrome, among others, the FDA recommends that you seek immediate medical attention if you start experiencing uncontrolled rashes while taking Tylenol PM.

So What About Prednisone?

Prednisone is classified as a corticosteroid. The role of the corticosteroid is to suppress the immune system and prevent the release of compounds that cause swelling or inflammation in the body. As a result, this medication aids individuals with low-levels of cortisol by counteracting the illness. 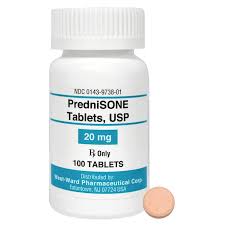 Moreover, Prednisone has the potential to treat many medical conditions either by itself or coupled with other medical supplements. Here’s a list of conditions that Prednisone is designed to treat:

Nowadays, numerous drug companies offer a generic version of Prednisone under certain brand names like Sterapred, Sterapred DS, and Prednisone Intensol. Given the easy availability of Prednisone, people should be keeping a close eye on how much of this drug they take on a daily basis. They should also follow their doctor’s instructions closely, along with any package directions that come with the drug.

With the continued use, misuse, or cessation of taking Prednisone, the likelihood of experiencing side effects will increase. Possible side effects include:

And while the more serious side effects are less likely to happen, it is crucial to seek immediate medical attention when you experience any of the following symptoms:

In light of the symptoms that can arise from regular use or misuse, there can be side effects due to the sudden cessation of the medication. Thus, It is crucial to immediately advise your physician of discontinued use without their consultation. Some of the symptoms that you may experience might include:

What Are the Effects of Mixing Drugs?

Mixing drugs of any kind can prove to be a dangerous and fatal interaction that should be avoided unless absolutely necessary and under the close supervision of your doctor. While misusing one type of drug can still result in death, the chances of experiencing an overdose through multiple drug combinations are significantly higher. In fact, the combination of two or more compounds will have a greater effect than that of a standalone substance.

The mixing of drugs and their effects can vary depending on several factors:

Furthermore, the type of drug and dosage utilized will determine how an individual’s body reacts. For example, the mixing of drugs can have a multiplicative effect that magnifies the severity of the situation. Overall, it is critical to pay attention to how you manage your medication and to avoid mixing any kind of medication whatsoever.

Is it Possible to Take Tylenol PM and Prednisone Safely Together?

As of now with the availability of modern research, there is still no article linking any possible drug-on-drug interaction between Tylenol PM and Prednisone. From what has been discussed so far, both of these drugs have the potential to cause harm to the body either when used casually or misused. Nonetheless, one should continue to be vigilant in case a causal interaction is discovered in the near future.

As with all medications, including Prednisone and Tylenol PM, please make sure to take them as directed and follow the instructions of your doctor and/or pharmacist. It is dangerous to misuse and abuse these two medications at the same time and could lead to injury or death if you aren’t careful. Just be sure to take them as directed by your doctor and/or pharmacist, and you should be fine taking Tylenol PM and Prednisone at the same time.